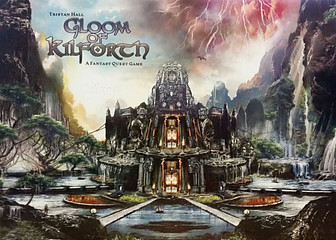 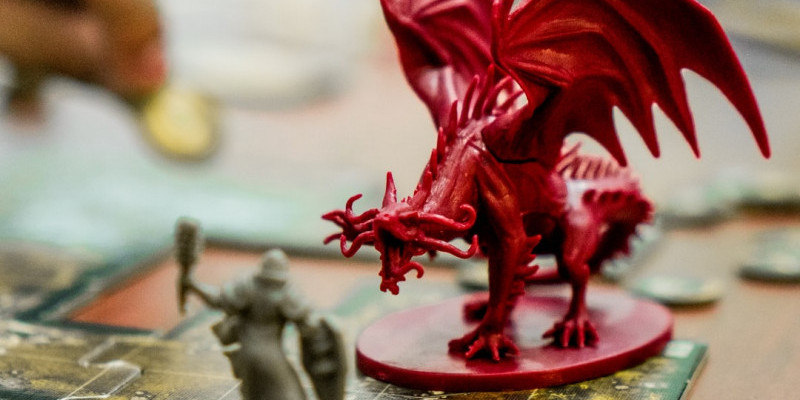 Solo board gaming is becoming more popular these days, especially as it can be really hard to get people together at the moment.

I used to play games solo all the time as a kid and thought I should grow out of it, but actually, its no different to watching a movie on your own or reading a book – In fact playing a solo fantasy board game is way better than both of those past-times because board games are so much more interactive!

I grew up on the Fighting Fantasy series of game books by Ian Livingstone and Steve Jackson who are two of my all-time heroes so I went on a personal quest for board games which I could play solo and which brought my love of solo fantasy adventuring into the modern era.

On my way I found an absolute cracker of a modern solo fantasy board game which I’ve reviewed for you here, and I also rediscovered an old dungeon-crawler game which I had as a kid. With these two games we can really see the development of board gaming over the last 40 years. We have come a long way, check out the level of detail in this modern game, the beautiful artwork and the effort that has gone into the world-building!

But it is not a hands-down win for the modern! As much as we have gained in mechanics and aesthetics, perhaps we have lost something of the beauty of simplicity and some agency in terms of using improvisation to adapt the game to our own imaginations.

Take a look at these two games and let me know what you think in the comments below! 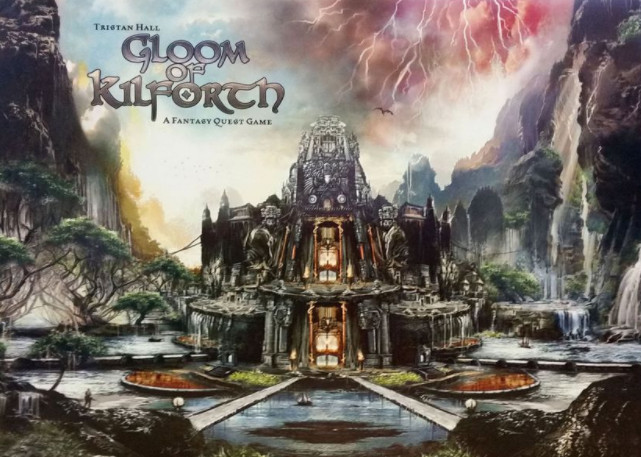 Publisher: Hall or Nothing Productions

Gloom of Kilforth is an epic card, tile and dice game set in a perilous world where evil forces are encroaching day by day!

Players take on the role of heroes setting out on a dangerous quest to defeat the pervading ‘Ancient Evil’. Playing solo you can choose how many characters you run. Choose a race for your character, choose a class, choose a saga to complete, choose an ‘Ancient’ to battle and you will be ready to embark on an exciting adventure across the land of Kilforth! 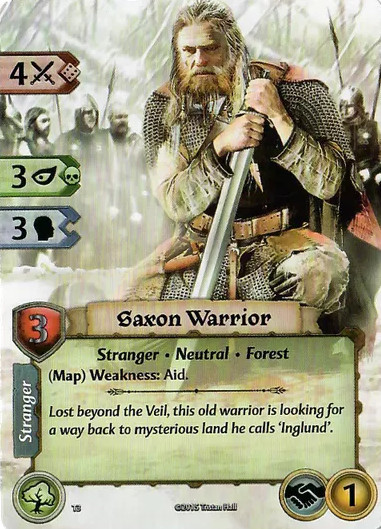 I felt in familiar territory when I first laid out the game as I grew up with large floor-games such as Sorcerers Cave and Mystic Wood but Gloom of Kilforth takes the concept to a whole new level. With stunning artwork and the influence of decades of RPG-lore, designer Tristan Hall has created an immersive world with a deeper level of storytelling than either of the old classics I used to play.

There are 9 basic actions to choose from and each action will have consequences which you will do best to consider deeply before you commit: ‘Hiding’ is important, but uses up an action token, ‘Moving’ is risky as you never know what you will meet at a new location, ‘Enemies’ must be ‘Engaged’, or ‘Evaded’, and ‘Quests’, ‘Places’ and ‘Strangers’ must be ‘Confronted’.

Each character has their own series of quests in the form of their ‘Saga’ to complete before they can attempt to tackle the Big Bad at the end. You will need to be strategic about which encounters you engage with as you will be seeking certain rewards and ‘keywords’ in order to satisfy the specific requirements of your saga. And each race and class will give you a certain combination of abilities which you will need to strategise in order to be successful. Learn to play to the strengths of each character: The Orc is a fighter, the Dark Elf is sneaky and the Vampire will need to use its ‘Influence’ to its advantage.

Another key component of the game, and awesome set of mechanics, is the time element. You only have 25 days to 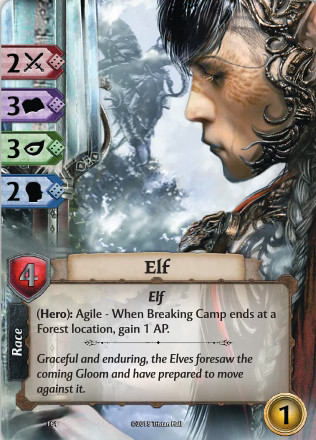 complete all your sagas and defeat the Ancient so time is of the essence. You will alternate between the ‘Day’ phase during which characters take their actions and the ‘Night’ phase during which the encroaching ‘Gloom’ will seep across the land turning another location into a hazard with every passing night.

Gloom of Kilforth also integrates an excellent ‘leveling up’ process through the game. Each time you complete a chapter of your saga you gain a new skill and extra HP, which allows you more actions. This means that as the game becomes progressively more challenging, you character develops alongside it. This aspect of the game has clearly been thought through very carefully and it feels like Tristan Hall has struck a perfect balance. The drama of the game intensifies with each round of play and reaches an exciting crescendo as you approach the last few days. As you feel the mounting pressure to complete your saga and foil the Ancient’s ‘Plots’ before the time runs out the tension will be palpable!

I can’t sing the praises of Gloom of Kilforth enough. It will take a little while to get your head around the rules, but it will be worth it. With the character development and constantly changing play-space it really feels like a legacy game condensed into one sitting! And with 8 races, 8 classes, 8 sagas and 4 ancients to choose from, there are literally thousands of combinations to keep you coming back for more!

Gloom of Kilforth takes solo-adventuring to the next level! 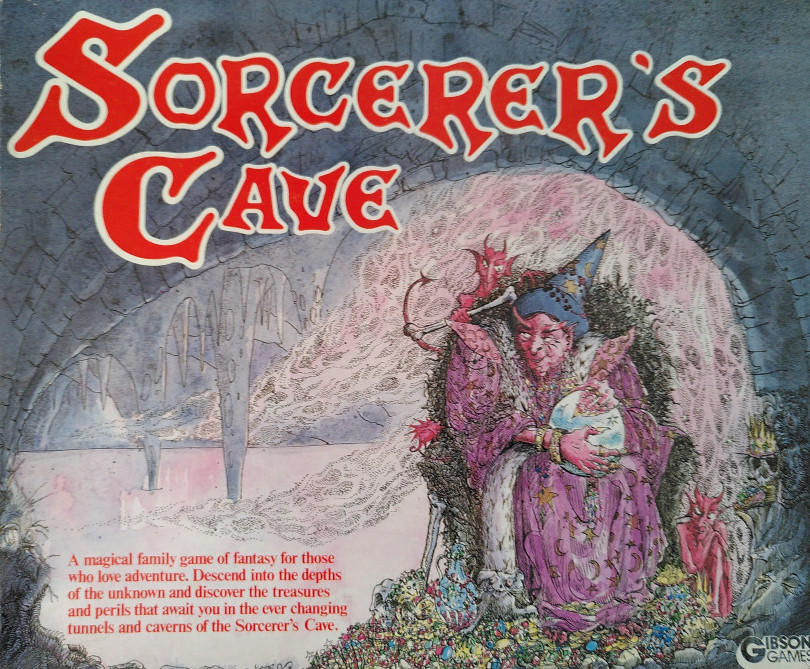 Hunting for games that re-kindled my childhood sense of adventure, I remembered about Sorcerers Cave. Originally released in 1978, I played this over and over as a kid and I couldn’t resist snapping up a copy on eBay recently to re-live the experience. And I wasn’t disappointed!

So the art-work is basic and the game mechanics are simple but Sorcerer’s Cave is a true old-school dungeon crawler! Choose your party of adventurers from a decent array of characters and embark on an all-or nothing dungeon-delve fighting monsters, collecting loot and, if you’re lucky, defeating the Evil Sorcerer!

I love that you get to hand-pick your party members within a point-score limitation. You could set off with a Troll and a Man, a Priest and a Woman, an Ogre and a couple of Dwarfs or a lone Hero, each with their own special abilities and encumbrance values.

Game-play is super simple: Move around the dungeon, placing tiles as you go and descending ever deeper in the lair. The game takes up a lot of space, though, as each time you go down a level, you will need a new floor-space to start the new part of the dungeon.

Along the way you will meet monsters such as Specters, Medusa and a Dragon who will be guarding loot such as gold, silver 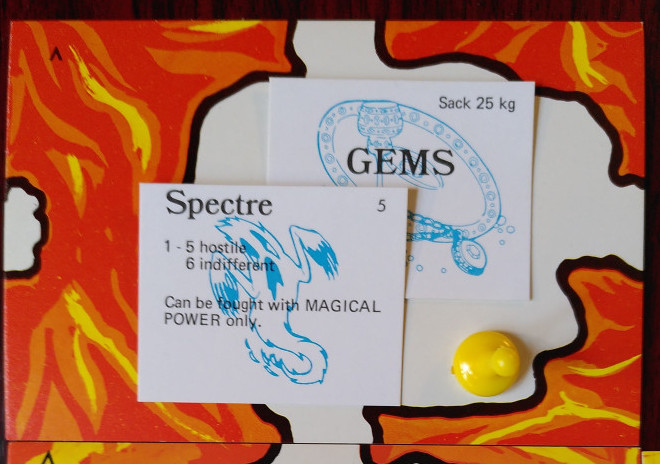 and magic items. Some creatures you meet will join your party, some will be hostile and some, even, indifferent.

Combat is quick and brutal so make sure you have strength in numbers before you engage, and remember, running away is always an option!

Comparing Sorcerer’s Cave to modern games one would be forgiven for dismissing it as too limited, lacking in artistic flair and having mechanics that are elementary in comparison. I believe, however, that not only has it stood the test of time, but it actually has desirable elements which modern gaming has forsaken in their pursuit of the ideal.

The fact that Sorcerer’s Cave is simple to pick up and play is a massive bonus – some modern games take a good hour to get through the rules and still require persistent rule-book checking as you play your first couple of games. The art-work is limited, for sure, but if we think of it as a ‘choose you’re own adventure’ book in board-game form, then you are free to let your imagination fill in the details. And the fighting mechanics is simple which means you don’t get bogged down in crunching numbers, you assess the risk and take the chance – it’s very much like a board-game version of Rogue.

The best part of Sorcerer’s Cave, which most modern games lack, is that the rules explicitly encourage you to improvise and adapt the game. It comes with several blank cards upon which, it is suggested, you can make your own monsters, heroes and artifacts. Here on the left I have made my own halfling character (image source: https://www.dndtomb.com/rules/character/races/halfling/). And the game gives suggestions for different scenarios which you can play, or come up with your own.

It is this flexibility which, for me, make Sourcerer’s Cave such a great game with as much re-playability as your imagination will allow for!

So there you have it, the evolution of solo-fantasy board gaming, from basic dungeon crawler to immersive plot-driven adventure!

As a big fan of modern gaming and someone who is often in awe at the levels to which they are now taken, I was pleasantly 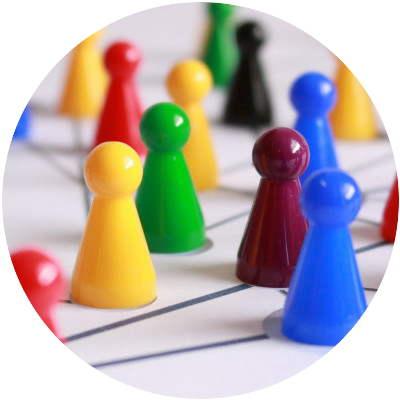 surprised at how much I enjoyed revisiting a golden oldie. It may just be that I am getting old too and am looking back with nostalgic, rose-tinted spectacles, but I like to think that some of these old games still retain a simplistic charm which can lead to fun times and happy memories. I recently played Sorcerer’s Cave with my kids, 8 and 10, and they really enjoyed it.

The process has also made me think about the cross-polination of computer games and board games. Sorcerer’s Cave is Rogue-like whereas Gloom of Kilforth feels more like a modern open-world PC game. I think both have plenty of merit!

Let me know what you think in the comments below. Are there any other old games which have stood the test of time? And which other modern solo-fantasy board games would you recommend?

As always, thanks for reading and see you again soon!

4 thoughts on “Solo Fantasy Board Games – Old and New!”