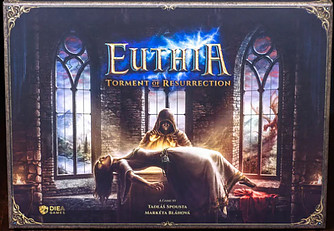 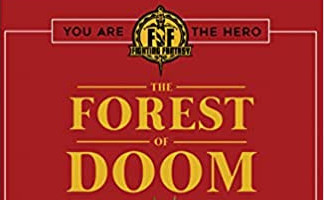 Following on from my Solo Fantasy Board Games – Old and New! post, I have been continuing on my quest for 1-player board games which rekindle the sense of adventure I had as a kid reading the Fighting Fantasy series of books and I have unearthed two fantastic adventure board games which I know you’re going to love!

The first is an open-world monster hunter and the second is a modern take on the classic dungeon crawl. Take a read, you won’t be disappointed!

Euthia: Torment of Resurrection is an epic tile-based adventure game where you take on the role of one of several different characters who must explore the land, ridding it of evil beasts. It is an open-world game where you decide where your character will go and which elements of the game they will interact with. 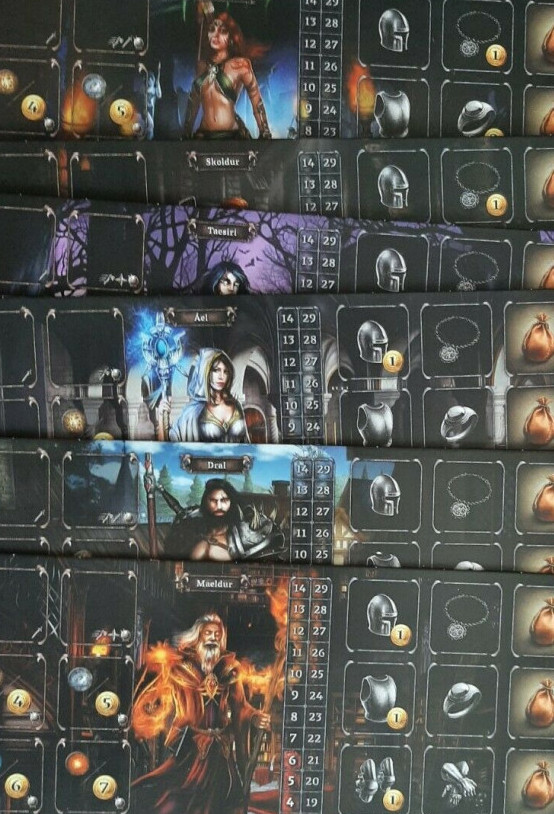 One of the things that makes Euthia special is that the designers have thought very carefully about how to adapt the game for solo-play and this mode feels just as thought-through as the main game. There is even a specially designed deck of cards for the solo player to use in order to simulate the presence of an adversary during combat.

The base game comes with 8 scenarios for you to play through which get progressively more challenging from ‘Normal’ difficulty all the way up to ‘Heroic’. Each scenario has its own special mission and set up requirements and some you can play at different levels of challenge.

The artwork is fantastic and really evocative of the world of fantasy that I love to adventure in! Each character comes with their own board with a beautiful full-body portrait and the tiles, tokens and other playing pieces are well produced and look simply awesome when you have it all laid out and ready to go!

There are 6 different characters to choose from, including Maeldur the wizard, Dral the fighter and Skoldur the Dwarf. Each character has their own unique abilities and weapons and it will take time to learn how to use their abilities to your best advantage.

You start off on a single tile in the center of the table and as you move around you reveal more and more of the surrounding area. You will find treasure, mine minerals, trade at various trading posts and fight a whole host of fearsome creatures! There are also ‘Elementals’ which will help and hinder you in equal measure and special sub-quests which you can choose to fulfill. 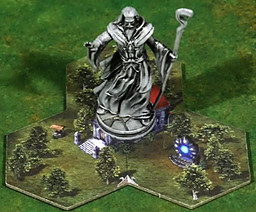 do – I actually felt like The Witcher, roaming the countryside dispatching monsters and gaining reputation! It is a world which I want to spend a lot of time in just exploring and having fun.

Euthia is a massive game! It has huge re-playability as you will only really discover all it can offer after several plays. It does take a lot to get your head around the rules, so I would recommend a couple of dummy games just while you are getting used to all the rules for combat, trading, interacting with Elementals and so on, but once you have the rules down, it will open up many hours of fun as you explore the beautiful and dangerous world of Euthia!

If you are interested in solo fantasy board gaming then you can’ go wrong with Euthia – Highly recommended! 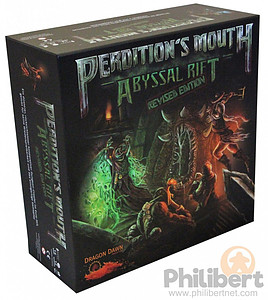 Perdition’s Mouth: Abyssal Rift looks like a classic dungeon-crawler but its dice-less mechanics bring a whole new element to game play which makes for some awesome game-play. It is recommended that even in the solo game you play with three characters which immediately makes for some interesting choices as each of the 6 characters have a unique skill set and differing abilities which will complement each other in a variety of ways.

I love the setting of Perdition’s Mouth. It is a dark fantasy setting with sinister cultists plotting evil doings in a dingy lair. It has a gritty feel which I love, akin to Warhammer Fantasy Roleplay which is my favorite RPG. It is best played as a campaign as each scenario leads directly onto the next in an unfolding plot which takes you ever deeper into the depths of chaos where, finally, you must confront the Demon!

The art-work is fantastic, the minis are really cool and there is a strong narrative to the game which really brings you into the world. Perdition’s Mouth feels like a role-playing game and it is designed to be played without a Games Master which means that it is truly cooperative and therefore needs no adjusting for solo play.

The thing that sets Perdition’s Mouth apart from other dungeon crawlers is the unique game mechanics. Firstly there are no dice. Much less emphasis is placed on randomness than in most games of a similar nature. Randomness is generated by a deck of cards, rather than dice which allows for many more mechanics to be called into play than simply a number rolled.

action, even just moving, there are tactical decisions to be made. It is certainly not just a move-and bash dungeon crawler. It is highly strategic game where the characters must work together, planning ahead and supporting each other in order to be successful.

The main mechanic for actions is the ‘Stone of Destiny’ which is a circle of 8 spokes, each with a specific action. Characters must spend action points to move their token around the Stone in order to select the action they want. But not every hero can complete the same action – there is only room for so many tokens on each spoke.

This mechanism takes a few moments to get your head around and at first it seems restrictive, but as you get into the swing of the game you will realize how ingenious it is! As with creative outlets, setting limitations can lead to greater scope for creativity, as it is in Perdition’s Mouth as the limitations on the actions you can take lead to a more exciting game play. One cannot turn this into a regular move-and-bash dungeon crawl – the game forces you to be more creative and imaginative with your tactics

Another excellent mechanic is that your characters stats reduce as they get wounded. With each point of damage they take, their available action points, range, strength and/or defense reduce making for a realistic and challenging game where combat has real consequences.

When I looked at the first level, I thought, “Oh I just need to get across the board and defeat a couple of baddies, piece of cake” but as the realities of combat hit me and the restricted action choices became apparent, I realized that I had over-reached myself and my barbarian and halfling had abandoned my last character who didn’t have enough action points left to escape.

in a dark tunnel and it works! As my fighter began to take damage, isolated from his friends, I could feel the panic rising as I realized that, although the other two had succeeded, it has only been due to the sacrifice of their comrade!

Perdition’s Mouth: Abyssal Rift is, as the designers state, fast-paced, brutal, gritty and highly addictive. If you like a dungeon-crawler, then this game will have you hooked from the start! Highly recommended!

So there you have it gamers! two more fantastic solo fantasy board games for your perusal! Let me know in the comments 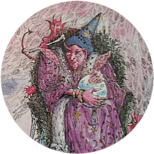 below if you have played either of these and what you thought of them. Or let me know what your favorite fantasy board games are.