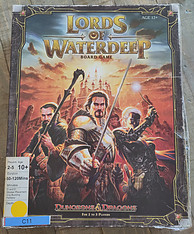 Welcome to Part 2 of my review of Ludoquist and the games we played there!

This time we dig deep into Lords of Waterdeep, get strapped in!

So my last post was about the awesome games cafe in Croydon, South London, The Ludoquist, which you can read all about here! If you’re in the area and you like board games, you are going to love The Ludoquist!

After spending most of the early afternoon playing Terraforming Mars, we moved onto Lords of Waterdeep

Publisher: Wizards of the Coast 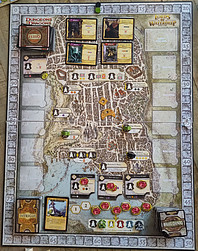 Lords of Waterdeep is a fantastic worker placement game set in the World of Dungeons and Dragons. The setting is the city of Waterdeep on the Sword Coast of Faerun from the Forgotten Realms world of D&D, made famous by the popular D&D module, Waterdeep: Dragon Heist.

No experience of either the specific setting, or indeed of D&D, is necessary in order to enjoy this game, but as a veteran of the campaign myself, it was pleasing to see some familiar names and places as we set up. We smiled at seeing Caladorn Cassalanter, whose family we screwed over when we played Dragon Heist, and anyone who’s played the module will recognize some of the locations such as the Yawning Portal and Blackstaff Tower.

Lords of Waterdeep, apart from being set in a D&D city, has little otherwise to do with roleplaying and is a completely stand-alone game for which no other knowledge or products from Wizards of the Coast are needed. You play as powerful lords vying for power within the cut-throat world of fantasy and intrigue. You must recruit adventurers to complete Quests which reward you with Victory Points and the player with the most points at the end is the winner. 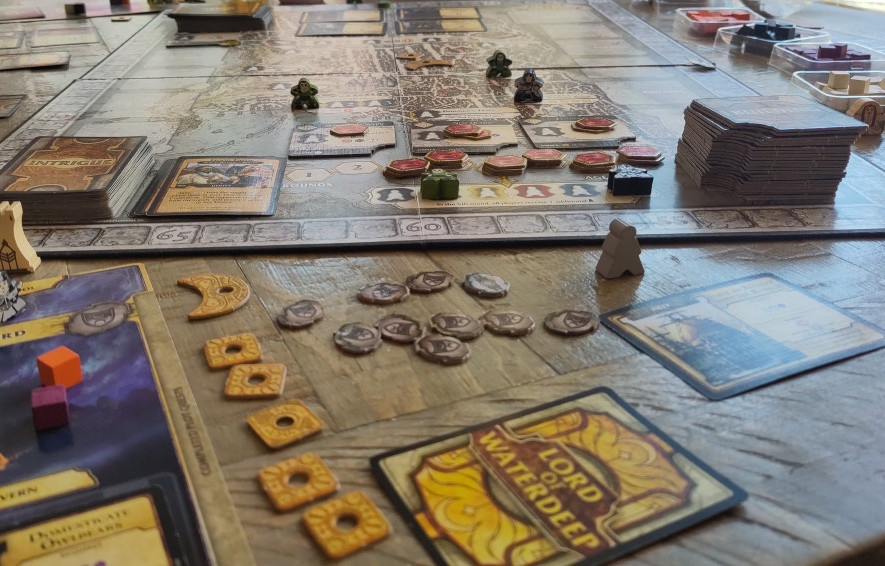 It’s a simple concept, but the mechanics are rich and tactical. Each game is eight rounds long so time is the first scarce resource, which you must manage carefully, keeping an eye on the progress and ambitions of your opponents.

At the start of the game each player is secretly assigned one of 11 Lords each of whom has a specific type of Quest which will earn them more points. There are 5 different types of Quest which require different combinations of recruits in order to be fulfilled.

Players take turns in placing meeples (‘Agents’) on the board, gaining the resources indicated by each position. Most locations are only able to accommodate a single meeple so occupying a space means that you get the benefit indicated and you also block other players from claiming that particular reward.

Rewards are usually in the form of gold or adventuring recruits which are necessary to complete the Quests. Each player has a number of secret quests in their hand and there are always four quest cards on the board which are open to anyone with the right combination of adventurers needed to complete it.

The board itself consists of a beautiful map of Waterdeep with some key locations highlighted. These are the Basic Buildings and placing an agent there can earn you gold, as in the case with Aurora’s Realm Shop, or adventurers as is the case with Blackstaff Tower where you gain 1 Wizard, or the Field of Triumph which affords you 2 Fighters.

Other Basic Buildings have special actions such as Castle Waterdeep which passes the 1st Player Token to the player placing their meeple there and allows them to draw an Intrigue card, or Waterdeep Harbour which allows you to play an intrigue card and then reassign your agent to another unoccupied location at the end of the round.

Placing a meeple at Builder’s Hall allows you to build one of the special building tiles which are available which not only earns you VPs, but means you control that location. Anyone can place an agent on your building and gain the resources indicated, but if another player using a building that you control, you also gain a benefit.

For example, if I build Dragon Tower, it costs me 3 gold to build but I gain any VP tokens that were on it and it allows anyone to claim a Wizard and an Intrigue card when they place their meeple there. But if another player places their agent on Dragon Tower, I also get to draw an Intrigue card. 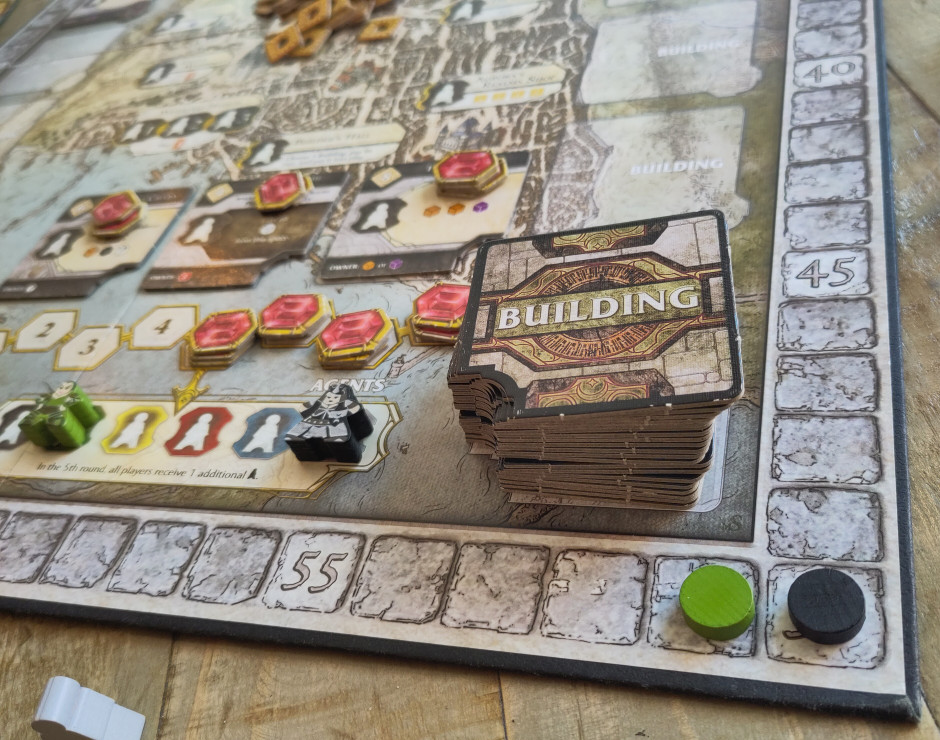 I really enjoyed Lords of Waterdeep. It does not take long to learn the rules, but the depth of tactics is something that is going to draw me back to the game for sure! I particularly liked the mechanic that players can vie for the first player position by placing there meeple on a certain building, this brings an interesting tactical element to meeple placement as you might forego an action this turn in order to be certain to go first next turn.

Lords of Waterdeep would be a quick teach for a medium weight game with lots of potential for replay. There are a number of expansions for it too so with a bit of investment, this game could keep you happy for a long time!

Buy Lords of Waterdeep here! – US

Big thanks, again, to the folks at The Ludoquist, click here to find out more about this amazing board games cafe in Croydon!

2 thoughts on “The Ludoquist – Part 2 – Lords of Waterdeep – Reviews”