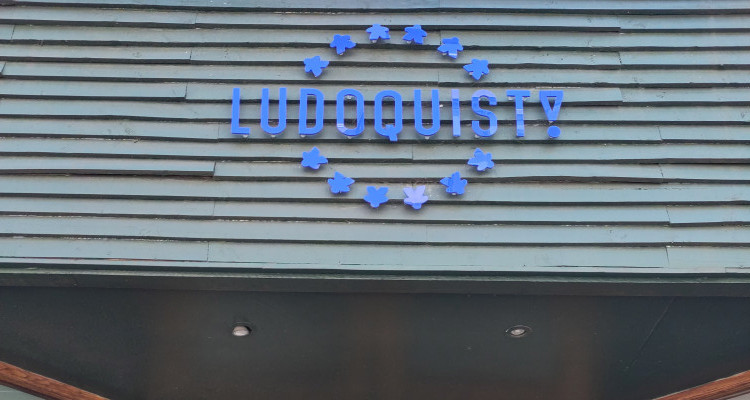 Welcome to part 3 of my series of posts about my trip to the amazing board games cafe, The Ludoquist in Croydon.

Read Part 1 including my review of the venue and the first game we played there, Terraforming Mars. In Part 2, I review Lords of Waterdeep and this time we take a look at Dice Thrones, Mob Sitters and Riff Raff, three really fun games which get progressively more silly! 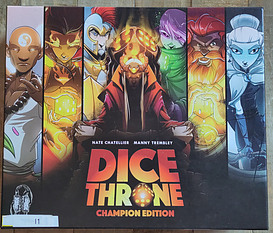 Dice Throne is a really fab, asymmetric game played out as a duel between two players or a free-for-all with multiple players. You can also play in teams. The mechanics are similar to Yahtzee but so much more involved and more exciting! 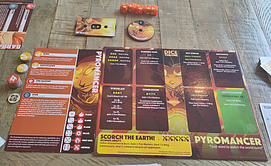 The first thing you do is choose your character. Depending on the version of the game you get, you will have a different range of characters to choose from, but they are all excellent!

We were playing the Season 1 Champion Edition so we chose the Pyromancer, the Monk and the Moon Elf. Each character has its own player board, card deck and combat dice. The player board shows the combinations of dice rolls that lead to each of the character’s abilities.

Each character is completely unique with not only its own powers, but its own combination of symbols which need to be rolled to activate the abilities. Some characters focus on doing lots of damage whilst others are able to inflict a variety of conditions on their opponents whilst still others are able to heal their wounds or deflect incoming damage.

On your turn, you roll 5 dice and are allowed to re-roll as many as you like two more times, collecting favorable results and 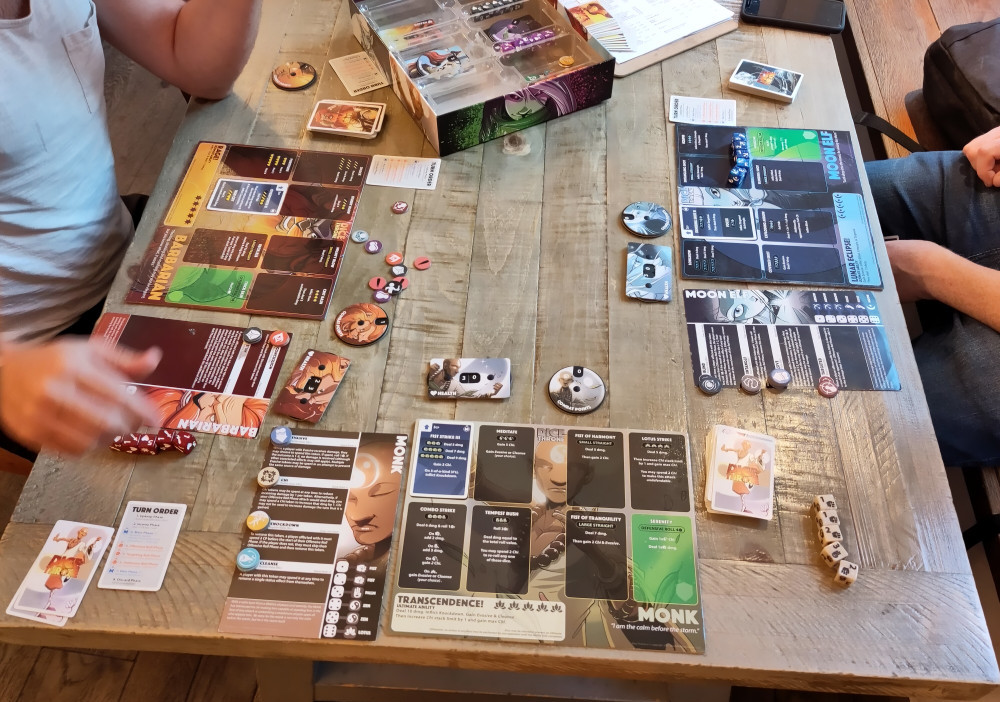 aiming for big combinations. This is where it is similar to Yahtzee, but there the similarity ends. Once you have chosen the combination that you are going to use, you then activate that ability, usually dealing damage to your opponent who tracks their health on a cool dial specifically for that purpose.

At the start of each turn, you gain one Combat Point (CP) and draw one card from your deck. Combat Points are spent to play cards. Some cards allow you to ‘level-up’ your abilities during play, making your abilities more powerful, whilst others give you boons like an extra re-roll or hinder your opponents by giving them unfavorable conditions such as Entangled or Stunned.

Dice Throne is a fast game which pits you head-to-head against your friends, so if you like a quick combat game then you can’t go wrong with this one, I love it! There are also lots of expansions so you can keep on trying new characters and there is a new Dice Throne Marvel allowing you play as your favorite superheroes! 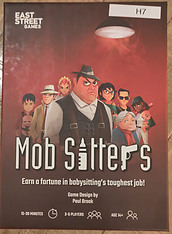 Mob Sitters is a fun, fast-paced party game in which players take on the role of baby sitters for gangster families! It is a game of card-counting and bluffing and repeated plays will allow you to be more tactical in your play. 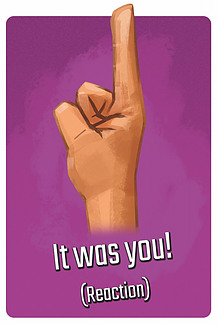 Each player takes a player board and matching deck of cards. Each deck of cards is identical except in colour, so keeping a keen eye on your opponents and the cards they play will allow you to predict their cards later in the game.

Cards are played onto one’s own player board, face up if they are ‘Money’ cards, face down if they are ‘Reaction’ cards and ‘Accusation’ cards can be face up or down, depending on when you want to resolve them. There are three ways of earning money, stealing from the boss, doing a job for the mob or actually babysitting!

The Accusation cards are used to foil the earnings of rivals by either squealing to the cops or ratting them out to the boss, whilst Reaction cards are used to deflect accusations onto other players. If one of your Money cards is eliminated by an accusation card, or a subsequent reaction card, then that card is placed in your Boss or Cops pile on your player board. Any money cards you manage to keep till the end of the round are placed in your safe.

Mob Sitters is a fun, quick game with lots of accusations flying around! It took us a minute to get our head around the rules in terms of which cards go face up or face down and how the round end resolution works, but once we got into it, the game flowed well and we really enjoyed it!

A good game to have up your sleeve if you’re looking for a lighthearted experience which won’t cause too much brain crunching! 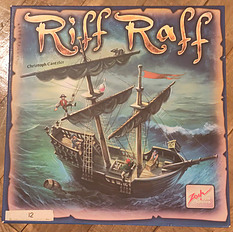 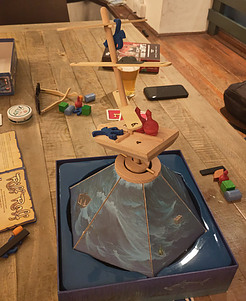 Riff Raff is a hilarious dexterity game in which players take turns in attempting to balance various nautical objects on a wobbly ship! It is a beautifully produced game with high-quality wooden products and is perfect for when you really want a laugh with mates!

Each player starts with the same collection of objects, from monkeys to barrels, planks and chests. The boat itself is set atop a wooden pole and is very unstable! As the ship rocks back and forth, you must try to place your objects on various parts of the ship without them falling off.

There is a nice bidding mechanic involved where players bid by using their cards numbered 1-10. The highest bid wins, but the catch is that you must place an object on the part of the ship labeled with the same number as your bidding card. The higher the number, the higher up the boat you must place the object and the harder it is!

If you are able to catch any falling objects then you eliminate them from the game, but any pieces which hit the table on your turn go into your supply and you will need to place them later on. We loved this game and played several rounds of it. It was a perfect choice to round off our 12 hour gaming sesh with a few beers and lots of laughter!

If you are looking for a fun party game, then you can’t go wrong with Riff Raff!

So there you have it! We’ve reached the end of our marathon session at the Ludoquist! If you missed the previous posts, you can:

And as always, thanks for reading! Let us know in the comments below if you’ve been to The Ludoquist or if you’ve played any of the games mentioned and what you thought of them. 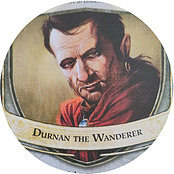 If you haven’t played any of them, which one sounds most appealing to you!