Welcome to my update post about Veil of the Void, the amazing sci-fantasy RPG from Trever Archuleta at SDG Creatives!

If you haven’t read my full review of the game yet head over HERE first!

This is a follow-up post which I wanted to write after playing a one-shot of the game with none-other than it’s creator, Trever, as our GM! So buckle-up and let’s get started!

Veil of the Void: Reforged

So Trever was kind enough to run a one-shot of Veil of the Void for my regular DnD crew and I a few weeks back. It was totally awesome and lots of fun!

I played an Ellan Smuggler called Silvyr Locas with occasional wings! Ellan are the Elf equivalent in Veil of the Void and the Smuggler class comes with a bunch of cool features including sweet options for combat including the Clever Fighter ability which gives you 8 fighter points to use between rests. These fighter points allow you to use special actions during combat. For example, Trick Shot allows you to use a homing bullet to hit up to 2 extra adversaries with the same bullet and Low Shot allows you to hit an opponent in the leg, knocking them prone. 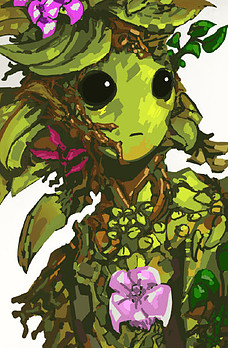 My friends came up with a diverse and interesting group of characters themselves as well! Stephen was an Android Architect which is basically a cool robot who can build stuff out of scrap metal whilst Tom was a Korrian Soldier. Korrian are massive 4-armed dwarf-like creatures who kick ass – and he had rocket boots too which is just wicked! And Simon was a Topikin Combat Medic. Topikin are plant-like creatures and Simon opted for a mushroom-themed being with a variety of spores which could harm and heal in equal measure!

From the get-go, what I loved about the game is that straight away from Level 1 you have lots of options and your character feels unique and cool. Each species and class gets a host of features, traits and various options to choose from so you can really craft a character which feels personal to you.

Trever has crafted a character creation system which simultaneously allows for characters which feel powerful at level 1 and also has plenty of room for growth. We felt pretty badass right out the gate, with our wings, rocket boots, spores, abilities, weapon proficiencies and traits! 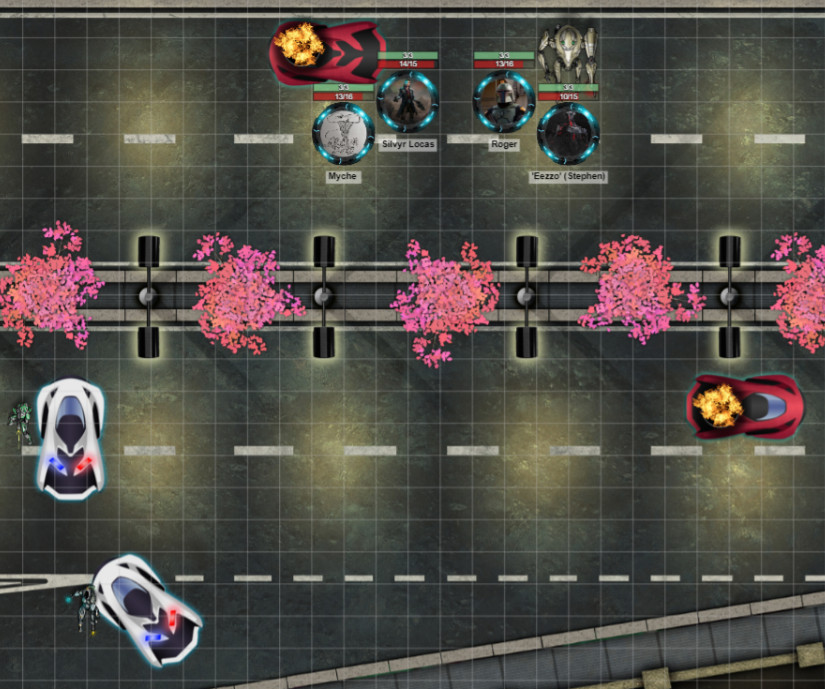 Trever is such a lovely bloke and made us all feel really comfortable and was liberal with his interpretation of the rules allowing us to flavour our characters in the way that made sense to us. And he is explicit in the rules about this aspect of the game, players are free to colour their abilities, spells, weapons and tools in any way they like – the game feels very open and collaborative.

The mechanics were easy enough to get our heads around – you basically roll a bunch of d6s and count how many 5s/6s and 1s/2s you get and this represents your level of success or failure and this drives the narrative or the combat forward. Trever had also coded the dice on Roll 20 to show up green for 5s and 6s and red for 1 s and 2s so you could tell at a glance whether you passed or failed. 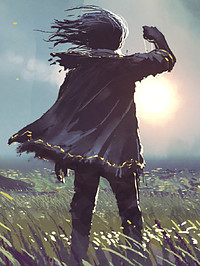 Obviously, ours was only a one-shot but I could feel the pull towards playing a longer campaign. The skill leveling system allows you to gain points in skills just by completing skill checks in that area. This is not only realistic, but is compelling as I really wanted to see how my character would develop.

This mechanic has a two-way interface with the game-play. On the one hand your character will level their skills up according to the nature of the campaign – a few sessions in stealth mode will gain you skills in Covert, whilst a campaign with lots of fighting will see your Arcane or Weapons Master skills increase. On the other hand, if you have a certain skill you want to raise I could see amusing choices being made by players to engineer opportunities to practice certain things. And I love the idea of a novice being forced to hone their skills in an area they have no experience in, and after a few weeks they begin to become more expert in that field. 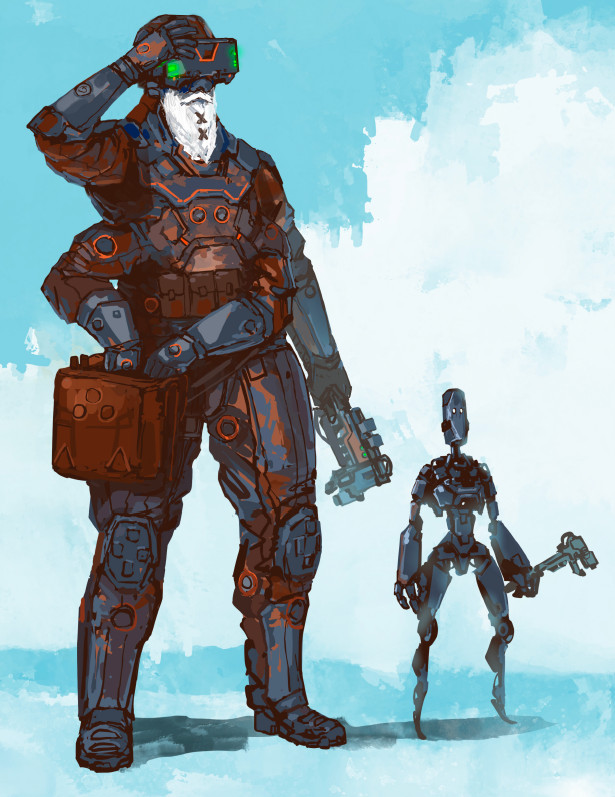 gaseous planet where the mechs had begun to malfunction. We were called to attend an incident and after tooling up from the staff armoury we headed out to deal with a large machine which had begun to run amok.

We were into the action pretty quickly and got a chance to try out our various cool abilities, including my character’s spell which summons a magical rocket launcher! Our Korrian tested out his rocket boots with a jump charge, our Android practiced his hacking skills and our mushroom friend oozed various liquids and gasses from his spores!

After disabling the mech we met a few interesting characters and got a chance to roleplay alongside Trever’s amazing English accents! We then headed off to the source of the trouble which involved blagging our way into a high-security building and making our way down to the basement.

Now I won’t give away the ending just in case Trever wants to run this scenario again with others. It will suffice to say that there was an interesting plot twist and an unexpected ending complete with moral dilemmas!

At the finale we all rode off into the sunset, happy to be alive but deeply troubled by the state of our ethics! It was a really fun little adventure and expertly run by Trever.

If you are looking to branch-out from DnD I think this would be an excellent TTRPG to try. Lots of elements feel similar enough, particularly the stat block, and the d6 system is really quick to pick up.

At the same time, there is so much more to Veil of the Void – it is certainly not just a sci-fi veneer over a 5e base. It has many unique elements, particularly in character creation where there are tons of options for development. And the lore is detailed enough to pull plenty of plot hooks from and loose enough that you can really make the world your own.

And before I go I just want to say a massive thank-you to Trever for introducing us to his game!

Buy Veil of the Void here!

Veil of the Void is still in development and there are already expansion materials being released.

Head over to their Linktree to stay up to date. 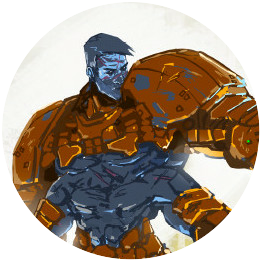 Or pop into the Veil of the Void Discord and say hi!

Let me know in the comments if you like the sound of Veil of the Void or have played it. Or recommend some similar TTRPGs that we should try out!

If you haven’t already done so, check out my full review of Veil of the Void here!

Or go and check out my review of another awesome RPG, Dungeon Crawl Classics!