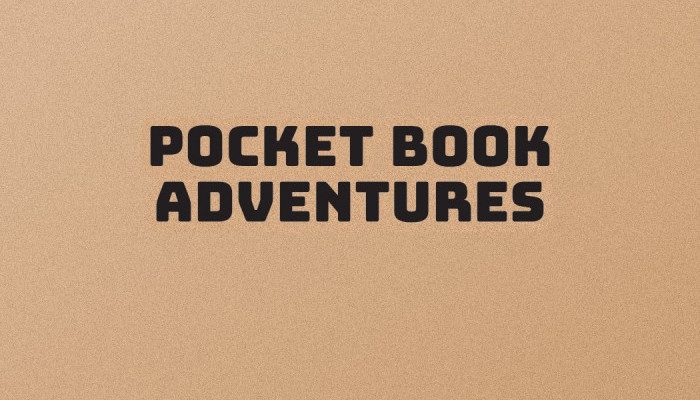 Welcome to my second review of the soon to be released, Point-and-Write game, Pocket book Adventures by David David.

I previously reviewed an early prototype of the game which you can read about here. Since then David has been busy improving the game, adding more levels and making his own icons.

Pocket Book Adventures joins my elite list of “Games so nice I reviewed them twice”! The other game on the list is the sci-fantasy RPG Veil of the Void – check it out!

And without further ado, let’s get stuck in to Pocket Book Adventures! 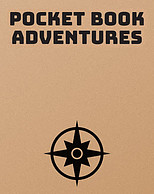 Pocket Book Adventures is a really cool, mini, solo dungeon crawler. David is planning to release it in a small ring binder so you can carry it around with you and play on the train, plane or anywhere you have some downtime. It comprises a series of small maps with simple icons which you explore, picking up gold and fighting monsters. 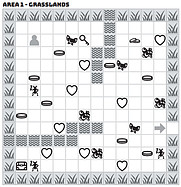 I totally love the style! I grew up with Rogue on the PC and this game really takes me back to those days: simple iconography and simple game play which lets your imagination do the heavy lifting!

It is designed to play like a pen-and-paper version of a mobile app, it is small and quick – each level takes between 5 and 10 minutes to play – and I really enjoyed the analogue nature of it. It’s a great excuse to not just stare at your phone and scroll through pointless social media feeds while you wait for the bus!

Please note that the logos and images used in this review are still under development and may or may not resemble the final artwork.

The thing that makes Pocket book Adventures unique is the (soon to be trademarked – maybe!) original “Point-and-Write” mechanism. Movement, battle and other actions are determined by aiming for a target on the page. The player needs to place the tip of their pencil on one part of the page and then lift it and stab the target, usually aiming for the center. Where you land on the target, or if you miss altogether, determines the direction of movement, how much gold you find or the outcome of a battle.

Since the first round of testing, David has really developed this part of the game and now has different areas with different

rules for movement. In the first iteration of Pocket Book Adventures, all movement was determined by the Action Grid. Now there are interesting new ways to resolve movement.

In the Wilderness you must move exactly 4 squares in any direction, in the Tundra you move in any direction in a straight line until you hit an enemy or some terrain and in the Caverns you aim at a location on the map and then you must move there by the shortest route. My favorite movement rules, however, are in the Dungeon where you move in a straight line for as long as you want, but if you step on the same square a second time, the ground crumbles and you fall down a level!

The new movement rules are great and each variation requires you to rethink your strategy and keeps the game feeling fresh as you move through the levels. They also add a new puzzle element to the game which, on some levels, really forces you to consider your moves carefully – especially if you really want that treasure! 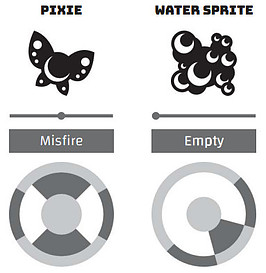 Pocket Book Adventures has a whole host of cute monsters for you to battle, each with their own unique ability. The abilities are activated during the fight if you hit a certain part of the combat target. You start off fighting small creatures like Pixies and Goblins who have generous abilities such as Misfire which gives you 2 HP and Fumble which gives you 1 gold. As you progress through the scenarios and level up, however, you encounter scarier monsters with stronger abilities such as the Brute who’s Crush ability doubles your damage taken and the Harugar who will Ransack your loot!

Many of the monsters give you lasting Status Effects like Sludge which reduces your movement by 1 or Blind which means you take damage every time you meet an enemy. These effects can only be removed through the use of potions or by visiting the Physician at the Inn. 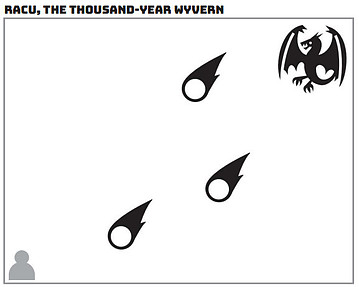 Periodically you encounter a big boss monster each of which has their unique set of rules for battle. These are definitely highlights of the game and change up the game play in lots of interesting ways. You will be fighting dragons, skeletons and hydra, amongst other big beasties and having to quickly learn new techniques in order win victory!

My favorite boss level is one where, in order to be successful, you must jump from platform to platform but with your eyes shut! This was a real challenge and lots of fun!

The Inn is a great design piece of the game. It represents the downtime between missions and is somewhere you can rest up and purchase items. You can pay to heal HP, remove Status Effects and buy a variety of potions, magic items and weapons.

There is a good balance between cheap items such as the Remedy which will remove a Status Effect when quaffed, and more expensive items which are hard to obtain such as the Battle Axe which costs a whopping 40 gold! This means that, at the Inn, you will be weighing up the cost-benefit of spending all your hard-earned cash on a big item, or making sure you’re fully recovered for the next area.

I love Pocket Book Adventures! It takes the classic dungeon crawler and shrinks it down to a handy travel size with quick, fun missions which you can play in any little moments you find yourself with some downtime.

It is quirky and enjoyable and doesn’t take itself too seriously. The iconography is really cool and the unique combination of dexterity challenges and monster effects are great entertainment!

The game is still in development and David is still refining both game-play and the final layout, but we are getting closer to a release date as we speak! I will definitely keep you posted on future evolutions of the game and let you know when and where you can pick up a copy.

So there we have it! As always, thanks for reading and let us know in the comments below if you like the sound of Pocket Book Adventures or what your favorite mini-game is. Maybe you have a favorite Roll-and-Write, or Print-and-Play game that you can tell us about! 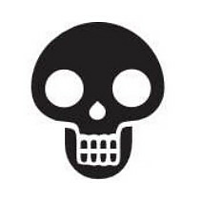 And if you like dungeon crawling, check out my review of the modern, old-school RPG Dungeon Crawl Classics!

See you next time!