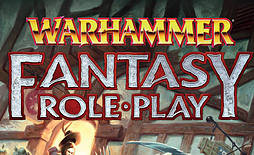 Welcome to my post on Play-by-Post roleplaying games (PbP RPGs) and how to play!

We’ll cover what they are, how they work, what media you can play on and which systems work well. You can also read about the games I’ve run via PbP!

What is Play-by-Post RPG?

So you want to play roleplaying games all the time, but life gets in the way?! There’s the day-job, the kids, the scheduling issues and a million reasons why you can’t just play all the time!

Well Play-by-Post eliminates all those issues! PbP is an asynchronistic method for playing RPGs, that means that you don’t need to schedule a time in the week when everyone is free. Instead, the game unfolds over a text-based medium and people post when they can throughout the day.

So in that 5 minutes before meetings, in the lift, on the loo, on the bus, anywhere at all in fact, you can be playing your favorite RPG! It is such an immersive way of playing roleplaying games because you are playing all the time!

Read about my original criminal gang for Warhammer Fantasy Roleplay – The Wasserratens!

How do PbP RPGs Work? 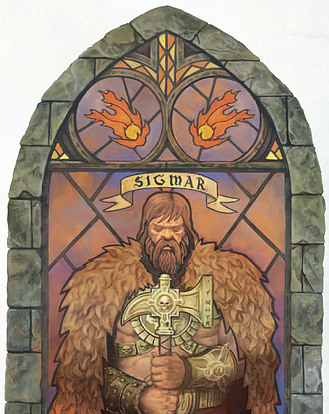 Apart from the asynchronistic method of playing, everything else is exactly the same as regular sessions. The GM will set the scene and you and your fellow players will describe your players’ actions and engage in dialogue with each other and NPCs and the adventure is co-written by the group.

There are variations in terms of style, pacing and managing combat, but if you have never played a PbP before I think you will be surprised at how engaging it can be! One of the biggest benefits is that the players and the GM have time to think about their actions, reactions and dialogue.

Because you can read the messages and take as long as you need to respond, it could be a few minutes or a few hours, you are able to write a quality response when one is needed. How often have you frozen at the table, unable to think of the right thing to say to a key NPC, or thought later about the funny quip you should have made?

With PbP your responses are more considered. This means that there is a higher quality of story-telling occurring. The GM can really consider their descriptions and everyone can have much more realistic and genuine dialogue in the game as they take time to craft their speech.

PbP also takes the pressure off the players and the GM to be Matt Mercer-type voice actors! Lots of people get stage fright or just feel awkward doing accents and acting in person. Play-by-Post eliminates this social anxiety, allowing people to get more into the roleplay of their characters. 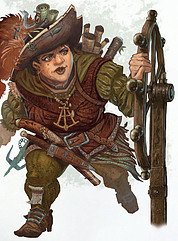 There are lots of options for text-based games out there. My first game was played over Whatsapp, but I have moved over to Discord now as it is more flexible and has in-chat bots for you to roll with.

There are even bots for specific RPG systems, there is a WFRP bot and a D&D bot which are programmed to know lots of the rules and modifiers as well.

You could play by email, forum or a virtual table-top (VTT). Roll20 or Foundry, or any of the many others, have chat functions which would be great for the battles as the maps will be up there too with the tokens and everything linked in. You could even have your D&D beyond linked up to Roll20 and just use the chat to play the game.

The reason I go for Discord though is its flexibility. It is easy to make private channels just for your DM notes, or for splitting the party (see below). But the biggest plus of Discord over the VTTs is that it is mobile friendly. For me, in a PbP, this is really important. I want the players to be able to post quickly and conveniently, so for that it has to be mobile friendly.

Sure I will log in via my laptop sometimes as well, if I want to link files, websites or maps, but for quick responses on the go, I need to be able to play on my phone.

What are the Different Styles of PbP RPG? 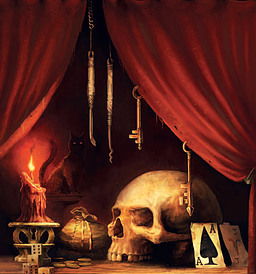 Each group will create their own flavor, but generally speaking there are the groups that go really deep into the story-telling aspect of the game and put a lot of emphasis on the quality of writing. These games often include amateur writers and they take pride in the craftsmanship of the descriptions and the dialogue and the posts tend to be longer.

The way I, and many others, play is much less formal and the text is closer to how I might speak in live session. We still benefit from the extra time to think about our responses though, leading to a richer world space than live games are often able to create. 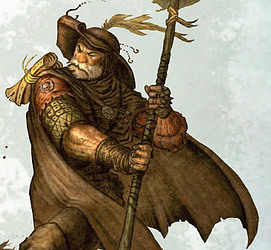 PbP is, naturally, a slower pace than live gaming, but once the group finds its pace, it feels very natural and is actually very well suited to a longer campaign format. Having said that, there are variations in the pace even within PbP games.

Depending on the group, you may find that there are flurries of posts each day as the players interact and update the story, or it may just be one or two posts per player each day. Neither is better nor worse than the other, but as long as everyone is pretty much keeping the same pace then you won’t have people waiting around for others to post or finding themselves overwhelmed by the volume of messages. 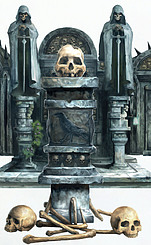 PbP games are a great way to connect and play with folks on the other side of the world. Because the games are asynchronistic, you don’t need to be available at the same time. IRL games across the globe struggle badly with this as when the West Coast of America is ready to play after work, Europeans are going to bed!

With a PbP, I can post in the morning over breakfast and then my American friends can post as and when they get up. Then I can update the story when I get back from work and they can respond in their evening time and you can get a good back and forth going.

Everyone knows the old roleplaying bugbear of ‘splitting the party’. Well in a PbP this actually works really well, the GM can create separate chats for the two groups of players and run the two threads simultaneously, bringing them back together when appropriate.

This is great for running sub-plots, or single character story arcs and side quests. It’s great also, at a micro level, to add tension. If one half of the party are entering a building from the front, and the other from the back, you can split the group into separate chats which increases the suspense as they don’t know what’s happening till they meet up again.

When I ran All Flesh Must Be Eaten (AFMBE) during lockdown we used this often, and the party had walkie-talkies, so I made a separate channel just for radio comm’s which they had to use sparingly for fear of the noise attracting zombies!

Buy All Flesh Must Be Eaten Here! 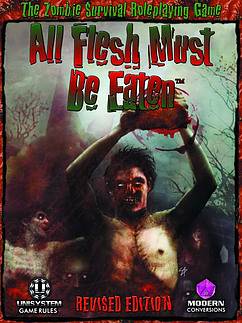 There are some drawbacks to PbP which some people just won’t gel with. The major one is that it is a much slower pace of game. For me, that’s fine and I love it. It also means I can play in multiple games at once, some PbP and some live. It also allows me to get that extra little hit of RPG throughout every day rather than waiting till Friday night. But I realize, it’s not for everyone.

Message overload! Some people just already have too many notifications on their phones and can’t deal with any more. Some people are struggling already to limit their screen time and don’t need another reason to be on their phone all the time. I get that and I would always turn off my notifications so that I am only checking the game when I want to.

Player interaction: PbP is, inherently, less interactive than live gaming. But remember, this is in addition to your real life games, not a total replacement!

Confusing descriptions: Sometimes descriptions of locations and battle scenes can be lacking, but most chat services allow you post pictures, so maps can be included which are really handy. For the AFMBE campaign, we used Google maps of the streets of South London as battle maps which worked really well. I have used hand-drawn maps and digital maps as well for cities and battles and they have been fine.

Combat can take a long time as each turn may involve several back and forths in terms of rolls and outcomes, but they can also be very exciting and the extra space for descriptions makes them very immersive!

Flaky players. This is probably the biggest challenge. PbP is a commitment. When you go into it, know that it will last several weeks at least. A day in game can be a week in real life or even longer depending on the pace of the game. Lean into the slower pace and enjoy the ride! And don’t leave your fellow players hanging – if you know you’re going to be busy for a few days, let them know not to expect much from you and they can either work around it or slow the pace down for a while.

So I have run AFMBE and Warhammer Fantasy Roleplay as PbP games and they have both been awesome! I am currently offering spaces on my WFRP campaigns via startplaying.games.

You have the option of the classic Enemy Within Campaign or my homebrew adventure, Something Afoot in Uckrofort. Both adventures are full of mystery, intrigue, demons, cultists, mutants and all the best bits from fantasy gaming in the grity world of Warhammer! 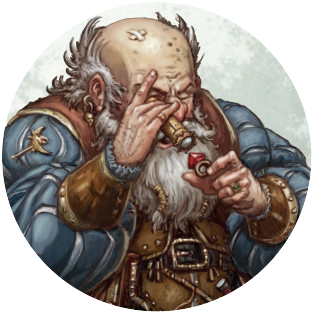 Let me know in the comments below if you have ever played a PbP and what you thought of it!

2 thoughts on “Play-by-Post Roleplaying – PbP RPGs – How do they work?”