Welcome to my review of Warhammer Fantasy Roleplay, the dark and gritty TTRPG set in a perilous world of chaos!

Find out why Warhammer Fantasy Roleplay is by far my favorite TTRPG and check out the campaigns I’m running on Startplaying.games!

Also, check out my review of the awesome WFRP card game, Elector Counts!

Ever wondered how Play-by-Post RPGs work? 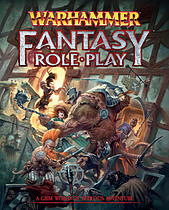 Read about my original criminal gang for WFRP – The Reikland General Trading Company and the Wasserraten River Pirates! – Perfect for inclusion in any river-based campaign!

Where did WFRP come from? 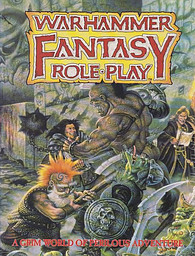 Warhammer Fantasy Roleplay (WFRP) is a game with a rich and detailed history and is currently on its 4th edition. 1e came out way back in 1986 and it was with this rule set that I embarked on my first proper roleplaying experiences. As a younger child I played Heroquest to death, running two Heroquest clubs from the age of 9 or 10 and then graduating onto Advanced Heroquest with its cool modular tile-based board and more involved combat system.

These were the Games Workshop products that got me hooked on the Warhammer World and WFRP seemed like the obvious next step for me as I got older. Since then WFRP has gone through several iterations with various publishers and a big upgrade to the skill system with 2e in 2005 and a left-field 3e in 2009 which changed the system up in ways many didn’t like, including custom dice, cards and tokens.

Which brings us to 2017 and the release of WFRP 4e under the management of Cubicle 7. 4e brings the game back in line with the old 2e system and has updated the whole rule set and although some might say the tone has changed somewhat, especially from the old 1e days, I love what Cubicle 7 have done with the game and Iam so pleased that there is an established company willing to invest again in this great game after many fallow years.

Join me on an original PbP campaign set in the grim and perilous world of WFRP – There’s Something Afoot in Uckrofort – over on Startplaying.games! 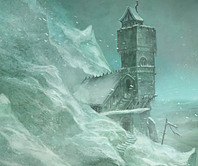 Each edition has promised that a grim world of perilous adventure awaits within and they have all delivered on that, although there are some who say the newest iteration is more high-fantasy than previous editions and that starter characters are no longer quite as squishy as they used to be! This may be true, but the fact remains that when you roll up your new character you have just as much chance of being a beggar or a rat-catcher as you do of being a noble or a knight.

The character creation is what drew me in initially with WFRP. I always go 100% random, although the new rule set caters for those who want a bit more choice in their character generation. I love being handed a lowly servant and seeing how I can make this character survive a world in which danger lies around every corner!

And the career progression is a real strength of the system too, especially in the latest edition. Each career has 4 tiers and you can work your way up through the ranks as you gain experience. There is also a fair amount of flexibility in switching between careers and you are encouraged to have these make sense for the campaign that you’re in.

Join me on the classic Enemy Within campaign over on Startplaying.games! 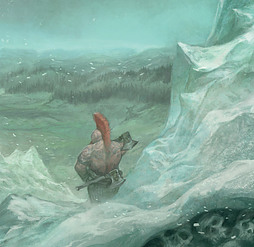 Yes and no! If you have not played any TTRPGs before, then the answer is, yes, it is like D&D. There is one player who is the Games Master who sets the scene, controls all the NPCs and adjudicates the rules. So in that sense it is just like D&D.

But if you have already played D&D, there are some important differences! The first obvious one is that WFRP is d100 based instead of d20 based and you are usually trying to roll low for success, not high. This is a cosmetic difference with little practical effect, essentially you roll whatever dice the GM tells you to!

The bigger difference is the tone. In WFRP, your characters do not start out as heroes (usually). They usually begin as young, inexperienced townspeople or villagers with a thirst for adventure but often no real talent in that area! The joy of the game is watching your squishy little boatman survive against all the odds and eventually rise up the ranks to become a more competent human being – if, of course, they don’t become corrupted by the dark agents of chaos on the way! – they may or may never become heroes, but it is the stories that we tell which are the important bit! 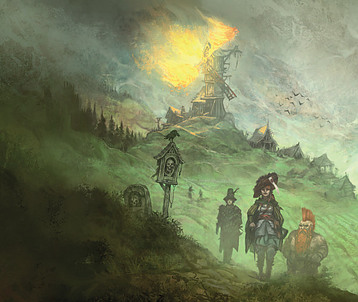 One thing I love about WFRP is the deep lore attached to the setting. One does not need to know the lore in depth in order to enjoy the game, but it builds on decades of lore associated with the setting from Games Workshop and the old Warhammer Fantasy Battle setting, has a huge fan-base online and is included in a plethora of novels and books of lore released over the years.

Most of the action takes place in the Old World, a fantasy version of an imaginary Europe stuck in a time warp somewhere between the dark ages and the Renaissance. A world of emperors and nobles lording it over the peasantry and an upcoming mercantile class set to rival their power.

It is also a world beset on all sides, and indeed threatened from within, by the encroaching tides of Chaos! Greenskins, ratmen called Skaven, dark cultists and mutant beastmen abound in the woods, the cities and the mountains, plotting to tear down the status quo and turn the Empire over to the chaos gods! 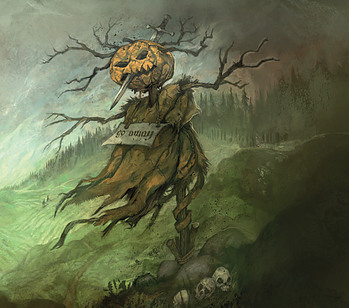 The artwork associated with WFRP, especially for me the old 1e art and the new 4e art, is so evocative of the setting it makes the hairs stand up on the back of my neck! The cover art on both the 1e and 4e editions are iconic images and really conjure up the gritty nature of battle in WFRP.

Most of the old 1e art was black and white but the new productions by Cubicle 7 are full colour hardbacks which are just gorgeous to hold, look at and have on the shelf. There are various artists involved in the franchise, but the work of Sam Manley stands out as some of the best!

Well, I could talk about WFRP all day – so much so, in fact, that I’ve decided to run a series of posts about different aspects of the game. I will review some of the new products coming out of Cubicle 7, talk about some of the old WFRP 1e stuff and maybe have a few pieces on lore and mechanics. 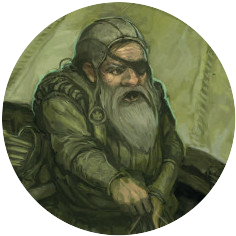 Let me know in the comments below if you have played WFRP or what your favorite TTRPG is. Or let me know what topics you might like me to cover.

Head over to startplaying.games to find out more about the WFRP Play-by-Post campaigns I’m running there!