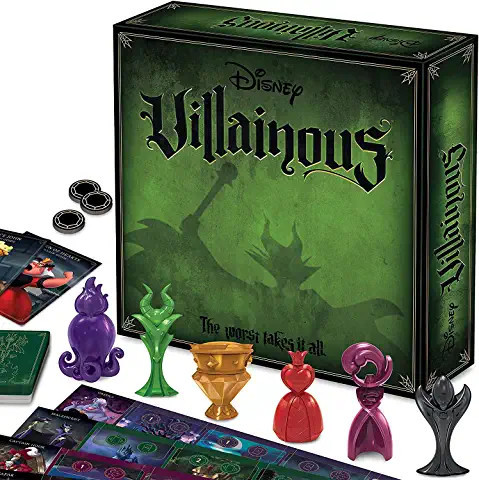 And welcome to part 2 of my Top 20 Family Board Games series of posts. If you haven’t read Part 1 yet, then click here!

Last time I reviewed 4 fabulous and diverse board games which I ranked #20 up to #17. In this post you will see four more great games which I have ranked #16 up to lucky number #13.

Boardgamesbren.com is reader-supported – When you purchase through the links in my posts I may earn a small commission at no extra charge to you. Posts are not sponsored. Read my Affilliate Disclosure here. As an Amazon Associate I earn from qualifying purchases.

Scotland Yard is a fantastic little strategy game to play with the family or with friends. It says for 3-6 players on the box but 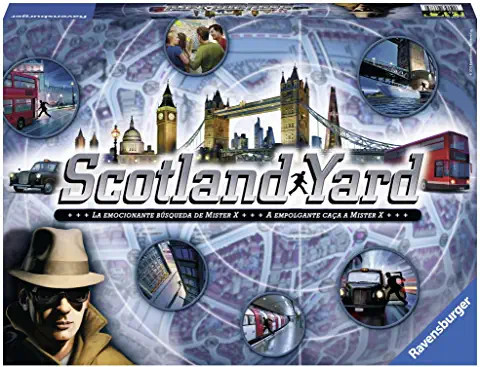 can be played with just 2. The more, the merrier, though because there is a cooperative element as the ‘detectives’ team up with each other and try to catch the elusive ‘Mr X’ played by one player who travels secretly around London, only revealing his position occasionally.

Mr X can travel quickly around the capital and his moves are made by writing his location in a secret journal, only becoming visible a few times during the game. The detectives are hampered by travel costs and must work together to strategise a plan of action in order to predict Mr X’s moves and intercept him.

The detectives win if they land on the same location as the fugitive but Mr X wins if he can keep out of the reach of the law for a full 22 turns.

Scotland Yard is an exciting game of cat and mouse which adults will enjoy as well as children. The younger players will probably want to buddy up with older siblings or their parents on the detective team at first, but once they get the hang of the rules even the youngest players will become confident playing Mr X and trying to outwit everyone else!

I’m sure you’ve heard of Dungeons and Dragons before, it has really blown up over the last few years and has been featured 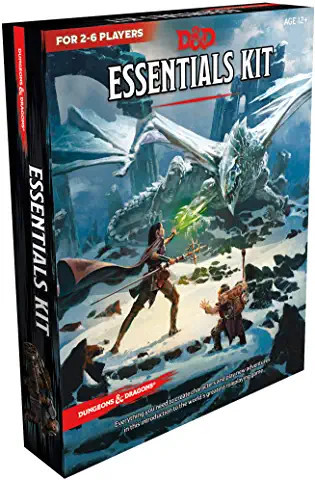 in a number of TV shows including Stranger Things and the Big Bang Theory. When I first discovered DnD I was eight years old and sat in on my big brother playing with his friends and I was immediately enthralled! Fast forward 30 years and I now play every Friday night with my old besties on Zoom. When I was growing up DnD was the reserve of only the most geeky kids but now there is a huge community online talking and playing together and sharing ideas.

Maybe it’s not strictly a board game – technically it’s a table-top role-playing game (TTRPG) – but I just had to include it in my Top 20 Family Board Games list as once you get over the intimidating rule book you will literally have a life-time of fun ahead of you!

DnD can take you anywhere – if you are not sure what a role-playing game is think open-ended collaborative storytelling with dice – and you might even meet some dragons along the way! In a family setting only one of you needs to read the rules and this person becomes the Dungeon Master (DM). The DM runs the game and sets the scene whilst the players narrate the actions of their Player Characters (PCs). The beauty of DnD (and any RPG) is that the players have complete freedom to choose what to do with their characters and the outcomes are decided by either the DM’s discretion or a roll of the dice.

Kids (10-12 years is usually a good age to start) will love making their characters and getting to do literally anything they want with them – although they will quickly learn that all their actions have consequences! The scale of the rules can be a little overwhelming but once you have the basic rules under your belt you can start the ball rolling with the introductory adventures which get you used to game-play. And there are a whole host of single-session adventures and longer campaign books you can purchase, or download for free, with complete adventure guides for the DM so you don’t need to make up your own stories.

In our latest campaign, we opened an inn with a talking tree in the beer garden, traveled to alternate dimensions, befriended a dragon and stuffed our bag of infinite capacity with enough gold to buy the city. We fought giant floating eyes, amorphous blobs and scary pirates along the way – DnD is the gift that keeps on giving!

I could write all day about DnD – in fact some people do! – but I haven’t got space here to go into any more details. Suffice to say, that with a bit of investment in terms of time on your behalf, once you see the wide expanse of endless possibilities limited only by you and your companions’ imaginations, you will be hooked for life!

Publisher: Wizards of the Coast

If you like story-telling but Dungeons and Dragons looks a bit too much, you could try Dixit. Dixit is a beautifully presented 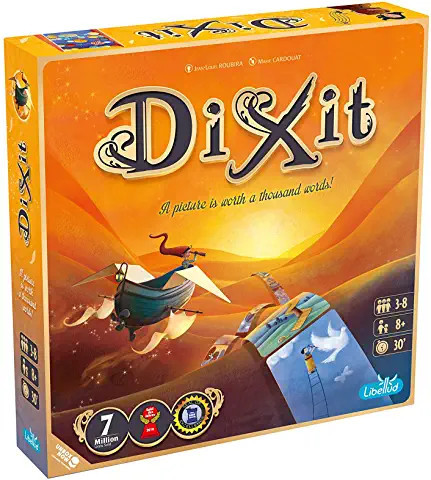 The cards are each a work of art in their own right and the more the players immerse themselves in the storytelling element the more fun will be had by all. The game encourages abstract thought and lateral thinking which is a bit outside the box (pun intended!) for a lot of board games and makes for some really unique experiences. The board itself is actually built into the box which, again, is a nice, unusual touch and the cute little rabbits that make the playing pieces are fun to handle. There is also a number of expansion games you can collect with plenty more stunning card-art to keep you going for a very long time!

Although there is a point scoring system and an overall winner, the game is more about the experience than the winning so if you like being creative and sharing ideas with your family or friends, then this game could be for you!

The full title of this game is “Disney Villainous – Worst Takes it All” and it is a great strategy game for the family. Initially

skeptical, as I am not a Disney fan, I found that the twist of getting to play the baddies is really fun. The artwork is stylish and not too cartoon-y and it is exciting being able to take on the role of well-known bad-guys such as Prince John from Robin Hood or Captain Hook from Peter Pan. And the game has several expansion packs available with extra characters you can play and even has a Marvel villains version so if you have a budding comic fan at home you could choose that option.

The great thing about the expansion packs is that you can play them as stand-alone games or mix and match the villains with the original set or other expansions.

Each villain has their own abilities and objectives which makes for lasting fun, as once you’ve mastered the game with one villain, you can switch to a new character and experience a whole new game-play.

I love how your villain interacts with other characters from their respective films and each player can use ‘fate’ cards to try to thwart their opponents efforts.

All in all a really enjoyable game!

So there you have it! Four more fabulous games for you to try. Comment below if you have played any of these games and

let us know what you think.

And join me next time for the Top 20 Family Board Games part 3 and part 4 and part 5!