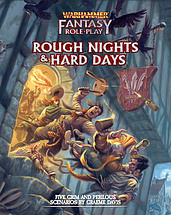 Welcome to my review of Rough Nights and Hard Days, a collection of grim and perilous scenarios for Warhammer Fantasy Roleplay 4e!

Find out about the origins of this fantastic series of adventures and see what author, Graeme Davis, has done with his expanded version for 4e.

Play A Rough Night at the Three Feathers with me in a unique Play-by-Post format over on StartPlaying.Games!

A Rough Night at the Three Feathers

Way back in the day, in 1987, in White Dwarf, issue #94, Graeme Davis published a short scenario called A Rough Night At The Three Feathers (I still have my original copy, inherited off my big brother!). This was a revolutionary style of roleplaying adventure! It was not a dungeon crawl, it was not a city-based intrigue mission. It was not an adventure at all in the classic sense. It was, in fact, closer to a murder mystery sit-com!

Taking inspiration from TV comedies and classic theater productions of fascicle nature, Davis created a multi-plot sequence of events which whirl around the PCs during a hectic night at an otherwise ordinary inn. There are no less than seven intertwining plots unfolding over the course of the evening at the busy tavern. Each plot has its protagonists and will play out a certain way unless the players intervene. 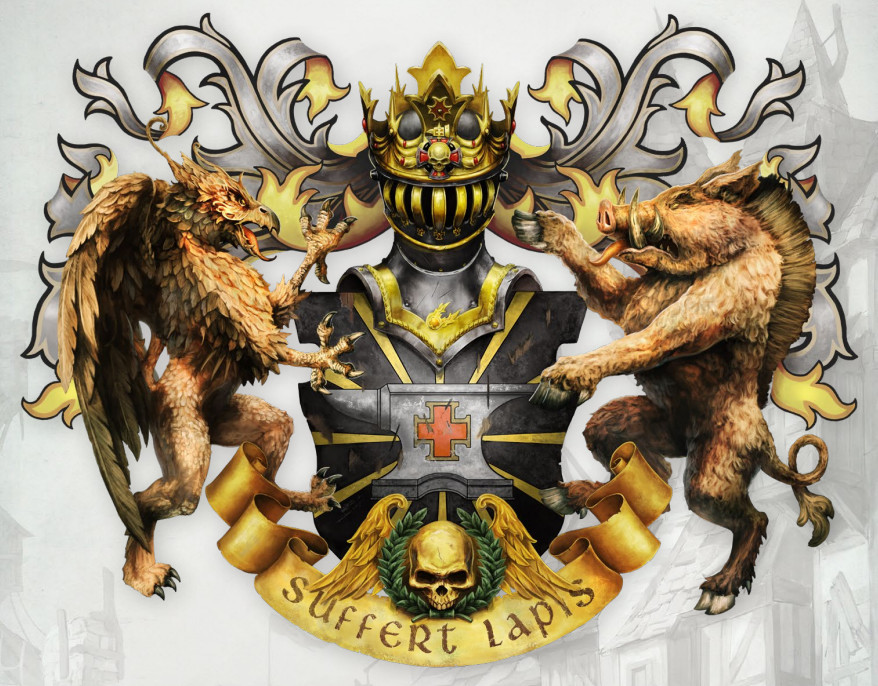 There are plots involving nobles, illicit affairs, chaos cults and smugglers and they all transpire in hilarious ways around the characters. The PCs will be free to get involved with as many or as few plot hooks as they like but the events are so intriguing that they will not be able to help themselves becoming embroiled in the proceedings!

The plots run to a schedule, so you will need to keep your eye on the clock as there are events occurring behind the scenes which have implications for the Player Characters. It is a great adventure to play and run and is unlike any other module you will have come across!

The Evolution of the Adventure 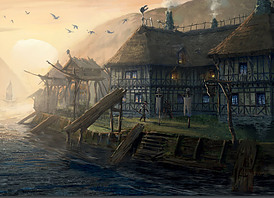 A Rough Night at the Three Feathers was republished in 1989 as part of The Restless Dead compilation by Games Workshop and then again by Hogshead in 1995 as part of Apocrypha Now.

The adventure was then updated for second edition WFRP in 2005 by Black Industries in a collection called Plundered Vaults. Graeme subsequently added two more scenarios in a similar style for WFRP 3e and now has expanded this to 5 linked adventures for the WFRP 4e module Rough Nights and Hard days from Cubicle 7.

Rough Nights and Hard Days is another beautiful production from Cubicle 7! It is in the same style as all their other books for WFRP 4e with a hard-back cover and gorgeous art.

Check out my Jousting Rules for WFRP 4e!

Davis has pulled on the plot threads of the original adventure and woven them into a series of linked adventures which follow the exploits of one of the main NPCs, Gravin Maria-Ulrike von Leibwitz of Ambosstein, who has an ongoing rivalry with another noble family. The first scenario which is very close to the original White Dwarf adventure sees the PCs become entangled with this rivalry when the Gravin’s champion fighter is murdered. Hiring one of the PCs to be a replacement, the second adventure takes place at an arena where a trial by combat ensues.
Off the back of A Day at the Trials, scenario three sees the PCs invited to A Night at the Opera, followed by Nastassia’s Wedding and finally to a ball as the various factions vie to become the new Lord of Ubersreik. Each scenario follows a similar frenetic time-sensitive sequence of events which keeps the players on their toes and is lots of fun! 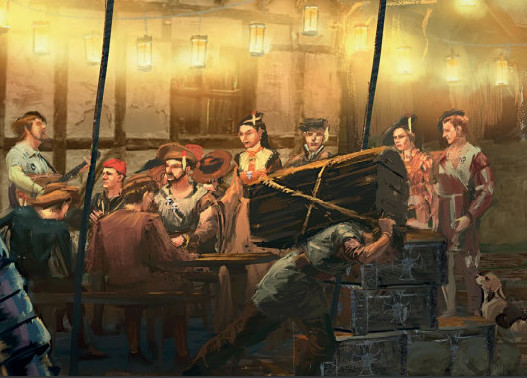 Each of the adventures in the module follow a similar pattern where time is of the essence and there are several plots running simultaneously, some of which will be behind the scenes which the PCs will not know about, but the GM needs to be aware of. The first piece of advice for running these adventures is to read through each scenario carefully first, and probably to make your own timeline of events which you can tick off as you go.

My second piece of advice is probably to not run these one after the other. The style of play is slightly different to a normal WFRP session as the scenarios are very busy and intense with so much occurring!

This is what makes them really fun, but it could feel a little repetitive if you play them one immediately after the other. Instead, I would recommend inserting them into an ongoing campaign here and there to break up the pace a little and inject a little fast-paced humor into your adventures.

I would also not be afraid to pop the scenarios in wherever makes more sense for your campaign, with just a few modifications to the backgrounds of the main NPCs, you can place these adventures anywhere in the Old World. I ran the first two scenarios between Altdorf and Bogenhaffen, rather than Grissenwald and Kemperbad as suggested and they worked fine!

Rough Nights and Hard Days also comes with two chapters of extra rules. The first is a species expansion covering Gnomes and the second is a section covering pub games of the Empire.

Read my review of the iconic The Enemy Within campaign for WFRP 4e! 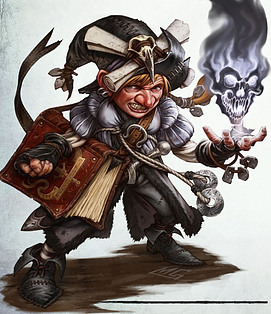 The section on Gnomes is brief but contains everything you need to know to run and play a Gnome PC or NPC. There is a nice bit of flavor text at the start with Gnomish opinions on the other races followed by the career options and attributes.

Gnomes are poor ranged weapon users and, as you might imagine, are not the strongest or toughest of species. They do, however, have high scores for many of their attributes, particularly Will Power which they start with 2d10 + 40 which is massive!

Gnomes are naturally in tune with the Grey Wind of Magic and can choose Channeling (Ulgu) as a starter skill. This allows them to use the shadowy energy in place of stealth and gives them a +1SL to any Law of Shadows casting test.

There follows some guidance on names and physical details before a brief exposition on Gnome gods and gnome priests which brings the species to life somewhat. There are three main Gnomish gods, Evawn, god of Travel, trade and thievery, Mabyn, god of shadows, revenge and magic and Ringil, god of entertainment, spies and trickery, all of which give an indication to the type of characters you might be playing as a Gnome. 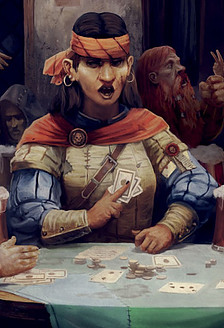 I love this section of Rough Nights and Hard Days! It is a compendium of Old World pub games including dice games, board games, card games, arm wrestling and more.

Each game is introduced with a bit of flavor and then describes how the game works during a session. Some of the games, such as Al-Zahr – a simple dice betting game, are fully fledged games that you and your players can play for real at the table, whereas others, such as Alvatafl, which is a board game simulation would be run more abstractly.

What’s great is that not only can these games really bring a tavern to life in your WFRP games, but you could easily transpose them over to other TTRPGs. Each game has a different set of mechanics, so they are more interesting than simply a single roll to see if you win or lose.

Check out my review of The Oldenhaller Contract – the original intro adventure for WFRP, updated for 4e!

I was so pleased to see A Rough Night at the Three Feathers get a revamp for fourth edition WFRP, and then I was bowled over at the extent to which Graeme Davis developed the adventure! Not only is the book itself beautiful, as with all the Cubicle 7 products for WFRP, but the adventures are really fun!

I love the Gnome section as I am always pleased to see new playable species and the Pub Games section is useful way beyond just the adventures contained within the module. I have used several of these games in my ongoing campaigns to add a little flavor to the inns that my PCs visit. 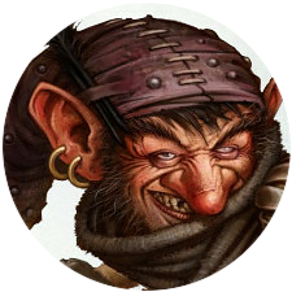 So, if you haven’t already got a copy, I would suggest coughing up over at the Cubicle 7 website!

Or why not come and play Rough Nights and Hard Days with me over on StartPlaying.Games where I run unique WFRP 4e Play-by-Post games!

Check out my other WFRP and TTRPG related content!

And as always, Thanks for reading!