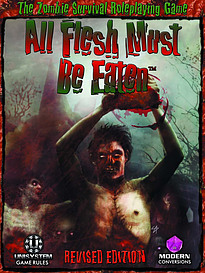 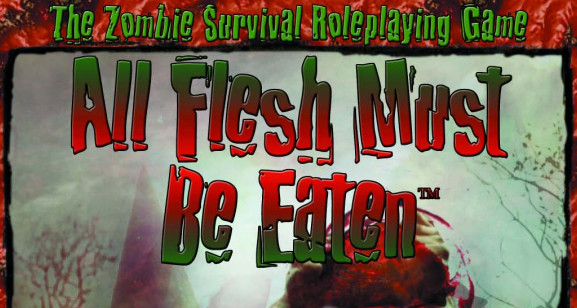 Welcome to my review of All Flesh Must Be Eaten (AFMBE), the classic Zombie TTRPG.

Find out why I love this system so much and check out my Play-by-Post AFMBE campaign over on Startplaying.games.

All Flesh Must be Eaten 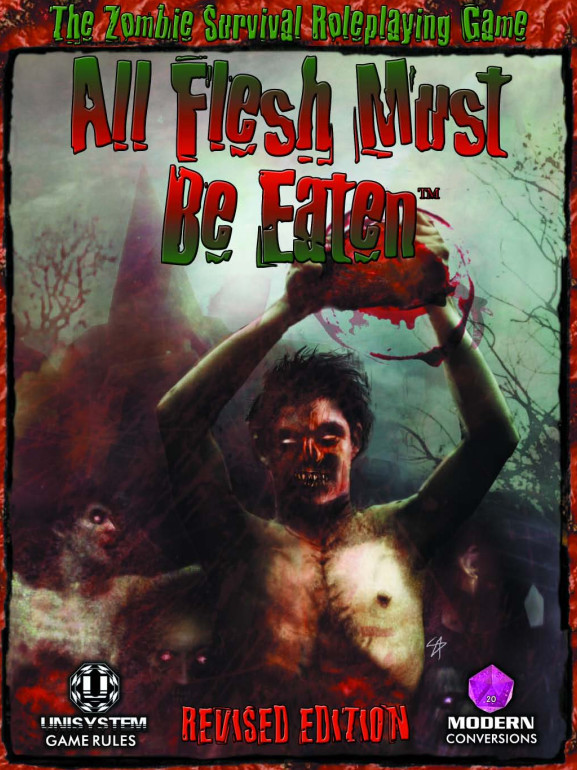 Buy All Flesh Must Be Eaten here!

All Flesh Must be Eaten (AFMBE) is a zombie survival RPG. It is a full game with over 200 pages of rules which includes awesome, gruesome art, fun narrative interludes, a brief history of zombies and detailed rules.

There are several things, though that set AFMBE apart from simply ‘DnD with zombies’. Firstly, it is a D10 system. Secondly, the concept of ‘Attributes’ and ‘Drawbacks’ makes for some excellent role-playing opportunities.

Each Player gets a certain amount of points to spend on their character which must be split between their stat-block, ‘Attributes’ and ‘Skills’. There is a wide choice of attributes to choose from such as ‘Acute Hearing’, ‘Charisma’, ‘Fast Reaction Time’ and ‘Hard to Kill’. Each attribute provides certain benefits to the character and, optionally, players may ‘buy back’ points to spend elsewhere by choosing one or more ‘Drawbacks’. These are really fun and include ‘Lazy’, ‘Paranoid’ and ‘Recurring Nightmares’!

The XP system in AFMBE is also well-thought-out and you can either buy extra levels in a skill or stat at the start or use XP to upgrade skills and stats as you progress. I really like this kind of skill system as it means skills aren’t binary. Its not like you can either do ‘Martial Arts’ or you can’t; you can be a beginner or an expert or somewhere in between.

Ever wondered about how Play-by-Post RPGs work? Read my article here! 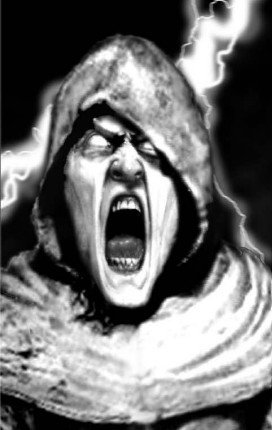 AFMBE also includes cool optional rules for the ‘Supernatural’ which come with a whole host of extra attributes and drawbacks. There are also loads of skills to choose from including ‘Acrobatics’, ‘Brawling’ and ‘Cheating’ which allow for a really bespoke character generation process.

On top of the supernatural rules, there are rich metaphysical powers which you can choose to include in your game if you like including ‘Inspiration’, miracle-working, and ‘Faith’, all of which can have an impact on game play. There are also a bunch of pre-generated characters which you can select if you want to get going quickly.

Like Zombie games? Check out my top Zombie board games here!

I won’t go into the details of the rules here, but suffice to say, one thing I love about AFMBE is how customisable it is. Many rules are optional and it is easy to adapt or change rules to fit your ZM (Zombie Master) style or group preferences. The basic mechanic is roll a D10, apply modifiers and hope you get 9 or more – so it is pretty simple at its core, but there are a whole host of other rules which you can opt for to give extra flavors.

There are detailed rules for combat, both melee and ranged, and Armour, as well as special rules for damage and healing and vehicles. There is a whole chapter on equipment, both for in and out of combat and a full weapons list which covers most eventualities.

Want to try a new Sci-Fantasy RPG? Check out my review of Veil of the Void! 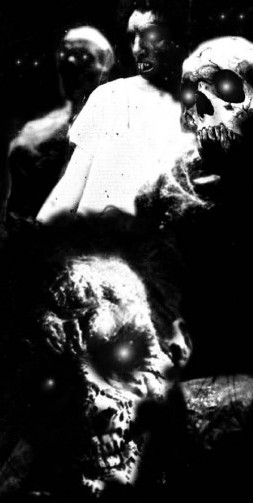 The chapter I love the most, though, is the chapter on zombies! There are several options for zombie-creation and the Zombie Master can choose how tough, how fast and how hard to kill the zombies are and there is a whole host of special rules you can apply in order to customize your zombies.

For example, do you want your Zombies ‘Slow and Steady’, ‘Life-like’ or dead quick? You can give them special abilities such as ‘Burrowing’ or ‘Aquatic’. They can be ‘Strong Like Bull’ or ‘Flame Resistant’; they can have ‘Claws’, ‘Teeth’ or senses ‘Like a Hawk’!

The combinations are endless and super fun to dream up, and of course, you can have many different types of zombies in the same game. The rest is left up to your imagination and there are plenty of narrative story hooks to fire your imagination as well as more detailed campaign ideas to get you started.

Like Fantasy RPGs? Check out my review of Warhammer Fantasy Roleplay!

When I ZM’ed AFMBE I played with all my old gaming crew from back home in South London. I set the game in the streets where we grew up and I got each player to make a character which was as close to their real-life self as possible. 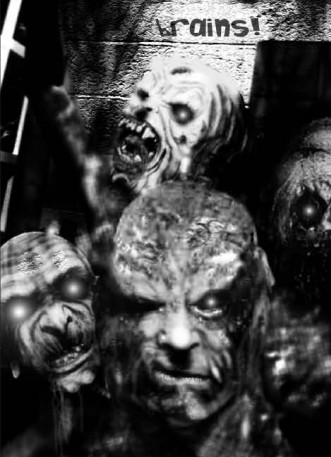 I then led them into the beginning of a full-on Zombie outbreak with the goal of escaping London to meet up with their families who had been evacuated while the party were busy playing role-playing games in Zein and Dave’s mum’s loft. We played ‘play-by-post’ on WhatsApp and used Google Maps for our battle maps. I didn’t really include any of the supernatural or metaphysical rules as I wanted it to feel as realistic as possible.

It was so much fun! And if you’ve never played a RPG via text, I would recommend it. We played a-synchronistically but everyone was expected to check their phone once a day to keep up the pace. Highlights include luring the characters into a Zombie battle arena in Screw-Fix created by delinquent teenagers, Tom having his leg accidentally amputated by Ted’s fumble with a chainsaw and the party planning raids and break-ins and making quick getaways when everything went Pete Tong!

Fancy playing in an AFMBE PbP game with me? Check out my Startplaying.games page!

I could go on all day about AFMBE, RPGs and ‘play-by’post’, but I’ll leave it there for now. Suffice to say that if you like Role-Playing Games and you like zombies, then you will love All Flesh Must Be Eaten!

Buy All Flesh Must Be Eaten here!

Let me know in the comments below if you’ve ever played All Flesh Must Be Eaten or what your favorite zombie game is! 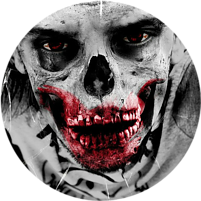